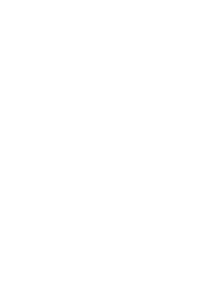 Men interested in learning how to handle the challenges of life, family, and career are encouraged to attend. Each event includes successful, dynamic speakers addressing the challenges that all men face.
Lunch & Speaker $20 (if pre-registered) $25 At the Door

Abandoned by his father at the age of two, Vince Miller grew up in a challenging and anxiety-producing environment. He endured the strain of his mother’s two failed marriages as well as her poor choices and drug use. Fortunately, during Vince’s formative teen years his grandfather, a man of faith, stepped up to mentor Vince, guiding him through a particularly difficult period.

Though he resisted initially, Vince surrendered his life to Christ at the age of 20. Soon after, he would be with his grandfather on his deathbed as cancer took his life. At that time, Vince committed before God to give back by mentoring men as his grandfather had mentored him. Vince’s story demonstrates the importance of mentors to support others in overcoming the enormous hurdles that manhood, mentoring, fathering, and leadership present to a man who wants to live right before God.

He inspires men to lead, mentor, and disciple others with an intelligent argument for faith, inspiring presentation of the gospel, and stories of choices he made as a man, husband, and father.

Born and raised in Des Moines, Dr. Doug Schulte attended medical school at Washington University, St. Louis, Missouri, and completed his surgical residency at the Mayo Clinic. He then returned home to work with The Iowa Clinic in 2000.

Since then, Doug built a successful surgical practice, and he was very content with his life until a conversation with a Christian nurse who served with Mercy Ships on the Africa Mercy, the world’s largest civilian hospital ship. Dr. Schulte felt challenged to use his gifts as a surgeon and live out the model of Jesus: to bring healing and hope to the forgotten poor. Since 2016 he has served numerous times as a volunteer head and neck surgeon in Madagascar, Benin, Cameroon, Guinea, and Senegal.

Doug will tell the story of the underserved poor and of how the volunteers at Mercy Ships serve them. You will see, sometimes in images that are hard to look at, the challenges faced by those who do not have access to adequate healthcare. He will also tell his own story of surrendering to the will of Jesus, ultimately leading to his decision to leave his practice and serve on the ship full time.

We are here to answer your questions. Contact us anytime.